More documents were discovered from the China press that show that gymnast He Kexin (何可欣) is below the age of eligibility for Olympic competition.
China wasn’t slick enough to scrub their cheating ways. 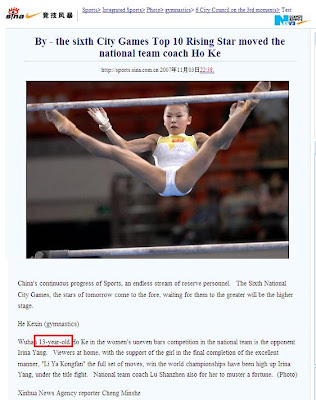 China Media Project posted two more articles from the China press (on top of the three previously mentioned articles) that report that He Kexin (何可欣)was too young:

A number of Chinese newspaper articles last year and early this year reported He’s age as 13. In trying to build a credible case for the gymnast’s eligibility, Chinese officials will find themselves denying a series of independent Chinese news reports. 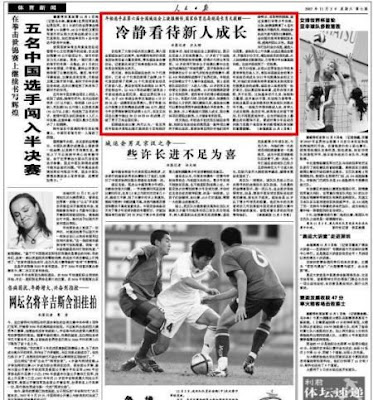 The People’s Daily, which reported on November 3, 2007 (possibly the same source as the online Xinhua News Agency article) that “13 year-old He Kexin” successfully completed an uneven bar routine of high difficulty.

The article appeared at the top of page 7 of that day’s edition of People’s Daily, under the headline, “Cooly Awaiting the Achievements of our Newcomers.” 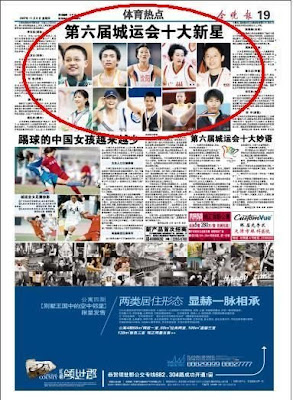 The first line identified her clearly as “13 year-old competitor He Kexin.”

China Media Project has much more on the cheating.
David Flumenbaum at The Huffington Post also posted more information on the scandal.