MANIAC THREATENS OBAMA'S LIFE!!! (Oh… and he threatened to kill the president of the United States, too.)

Oh… And by the way, he threatened to kill Bush, too.
But, this didn’t make any headlines. 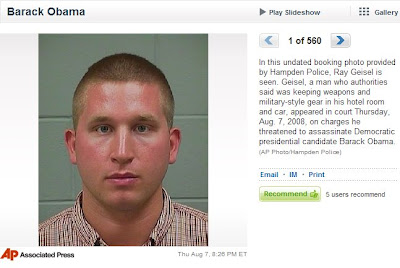 After all, Bush is only the sitting president of the United States of America.

Confederate Yankee has more on the media’s gross distortions.