The Code Pinkos, anarchists, Che Guevara enthusiasts and antiwar loons were out in force today in Denver at the “Funk the War” protest.
As Glenn Reynolds said:

“At this late date, what war are they protesting, exactly? Iraq’s in the wrap-up phase (even Obama says the Surge worked and, well, “mission accomplished”), even the lefties haven’t been raising much complaint about Afghanistan, and nobody’s talking about invading Iran or anything. If you want a real invasion over oil to protest, you could march against the Russian invasion of Georgia.”

That won’t happen.
And, the fact that the war is essentially over and won did not deter the protesters.
This group was ready to rumble…

Here are photos from downtown Denver today at the “Funk the War” protest: 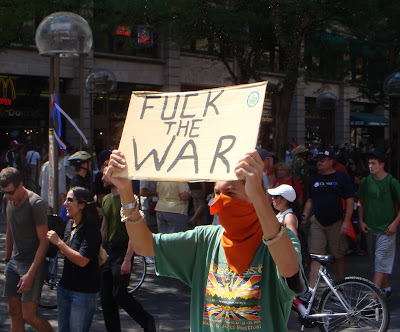 There were hundreds if not thousands of protesters in the streets marching against the War in Iraq. 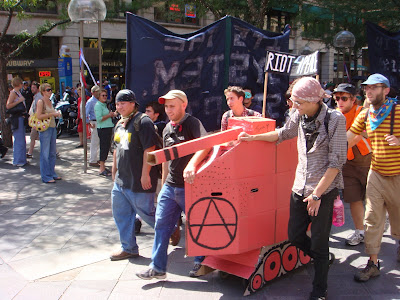 The young anarchists were out in force. This group here brought their homemade cardboard box tank with them. 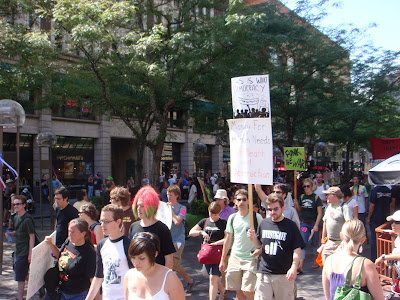 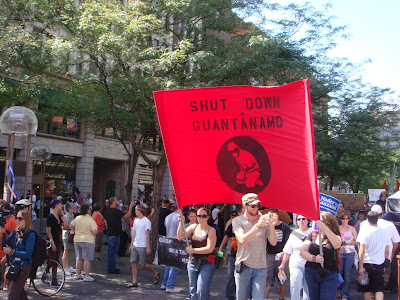 The Gitmo crowd was out. 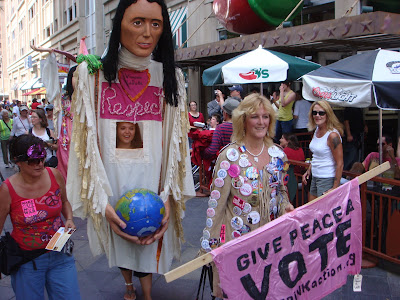 The Code Pinkos were followed by the puppet people. 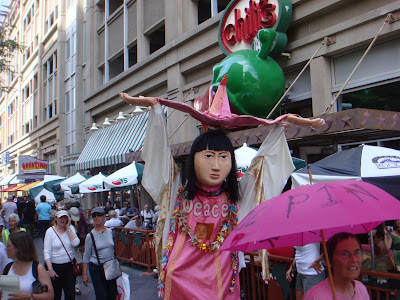 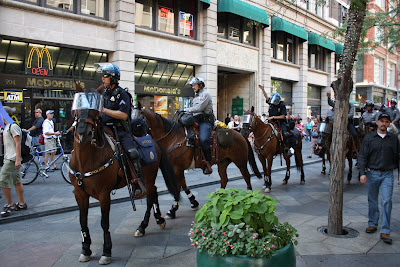 The police were ready for this group today anyway. It was a very controlled protest.

Michelle Malkin noted that the Recreate 68 bunch wimped out and did not disrupt the event at Civic Center, across the street from the state Capitol, as they had pledged.

Stubborn Facts has more on the protest today.

People’s Press Collective has the shot of the day- Power to the People!

This was from my sister site Founding Bloggers…
“Che For Peace” 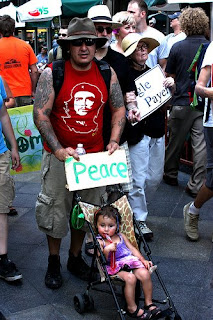 …Because everyone knows that Che was all about the children.

Meanwhile… Across town Speaker Pelosi was evacuated from her hotel after a gun scare on Saturday night.