Jason Mattera from Young America’s Foundation is in Denver this week and posting video from the streets of Denver.

Yesterday he put on his orange jumpsuit to petition DNC protesters in support of Netflix and MSNBC (and Jihad Olympics!) for the poor, deprived Gitmo detainees. The part in the Amnesty International travelling Gitmo cell was terrific.
They were all for it:

Too much. HotAir has more clips from Jason’s day as a Gitmo detainee.
The People’s Press Collective assisted Jason during his stay here in Denver. 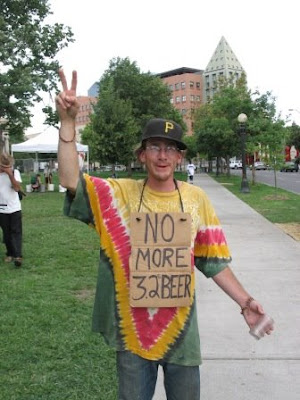 While several of the protesters were supporting open borders others had their own agenda.