The Iranian basketball players defied the regime after the Russia-Iran game in Beijing. 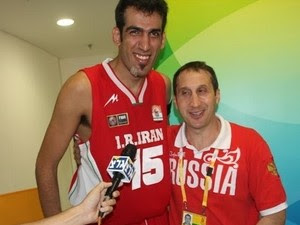 After the game the Iranian players hugged and took photos with the Russian coach David Blatt– who is an Israeli.
Israel Matsov has the story.

By the way… During halftime of the Iran-Russia Game, China sent out scantily-clad buxom women in cowboy hats to entertain: 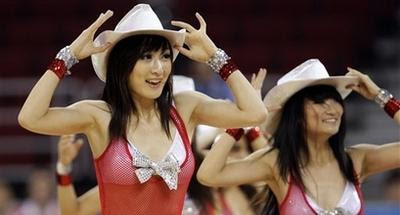 (AP)
The mullahs must have loved that.
Snort.

Previously:
Iran Pulls Swimmer Rather Than See Him Lose to Israel–