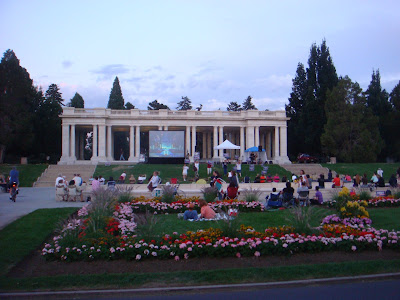 Only a couple hundred of the 18 Million Voices showed up at Cheesehead Park tonight in Denver to unite together behind their candidate. Maybe the angry Hillary supporters were too exhausted after attending the Republican happy hour last night.

Hillary Clinton urged the party to unite behind Barack Obama this evening at the Democratic Convention.

The TV talking heads may have been too critical.
Glenn Reynolds noted this:

So much for 18 million voices: 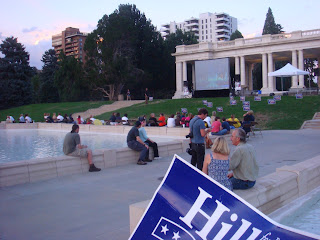 Maybe the Clintons have decided to give up on their own ambitions? Maybe the Clintons are satisfied taking a back seat in the Democratic Party? Maybe Hillary will rally the country to vote for Obama?
…Can you believe it?

The People’s Press Collective has much more on today’s Denver action.

UPDATE: The McCain Camp responded to the speech: