Congratulations to all of the members of the People’s Press Collective.

This group of conservative bloggers in the Denver region organized to cover the Democratic National Convention this week. 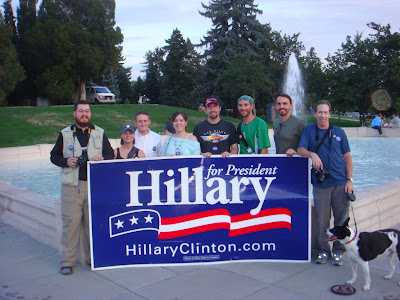 Here a group of PPC members gathered to report on the pro-Hillary Clinton event at Cheeseman Park earlier this week.

The PPC members were able to blanket the protests in the streets of Denver this week and even used new technology to post livestreaming video from the different venues.
This was something that had not been attempted by either liberal or conservative groups until now. 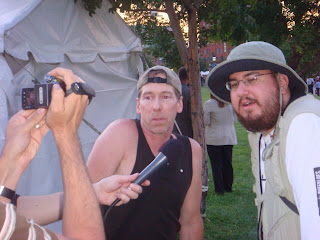 John from Drunkablog (left) and Michael from Slapstick Politics were scouring the protest sites for newsworthy items this week.
John covered the Obama bash at Invesco Field from inside the stadium. 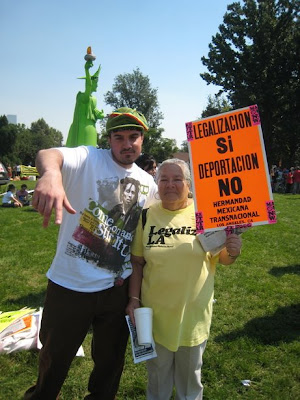 Here- undercover guest member of the PPC, Jason Mattera from Young America’s Foundation, works the crowd at the (illegal) immigrant protest in Denver.
Jason put together several hilarious videos for HotAir from the protests and worked with the People’s Press Collective during the week.

Congratulations to all of the People’s Press Collective for a job well done.