Barack Obama and anti-American terrorist Bill Ayers led this effort to reform the Chicago school system in the 1990’s. This was Obama’s most important administrative leadership experience to date and he and Ayers failed to produce any measurable results.
They did however work closely to distribute millions of dollars to grantees in the wards of the city including former Ayers associate and Maoist Hardliner Mike Klonsky. 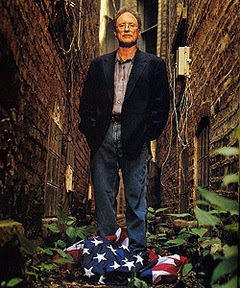 Thomas Lifson at American Thinker has a good overview of the story thus far.

Stanley Kurtz at National Review Online was investigating the story this past month until he ran into some roadblocks. The Chicago Richard J. Daley Library will not allow him to review the records. A suspicious donor locked him out.

Tom Maguire is following the developments and includes a list of grant recipients.

Steve Diamond at Global Labor was able to view Annenberg Challenge documents before he wrote a post about what he discovered. He has since been blocked from viewing the documents.
Steve has a great posting on what he found out Here.

UPDATE: This comes from Cornhusker:

The Chicago Annenberg Challenge, Bill Ayers, and Small Schools Workshops at UIC share (or shared) a common phone number at least until it was disconnected.

UPDATE 2: This would be a great question for Obama some time- “Did the Ayers ever babysit your children?”
This was posted in the comments section at Just One Minute:

I saw this interesting comment at a thread over at Just One Minute:
“I live in Obama’s neighborhood and know some of the Obama / Ayers crowd. Ayers and Dohrn have babysat the Obama kids personally. The families are personal friends, not just professional acquaintances.