After a week of defeatism and negativity in Denver…
Next Monday when the RNC Convention Convention kicks off in Minneapolis– in Iraq the province of Al-Anbar will be turned over to the Iraqi Government.

Anbar a province once reported as lost will be the 11th Iraqi Province turned over to the central government. 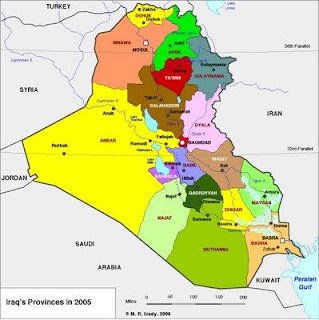 The Democratic government of Iraq will take over responsibility of al-Anbar, the former capital of Al-Qaeda in Iraq, on Monday. (Gulf 200 Map)

The contrast in the two parties could not be clearer…
VICTORY vs. DEFEAT

It ought to be a great way to kick off the Republican Convention.