First it was Spanish men’s and women’s basketball teams.

Spain’s Olympic basketball team posed for an advertisement prior to the Games which appears to show all its players slanting their eyes. (Telegraph) 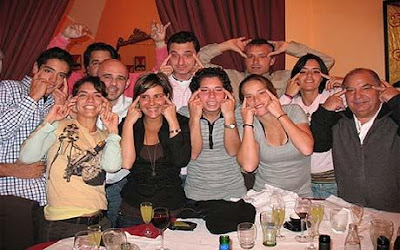 The latest photo to emerge shows Spanish women tennis players pulling the pose, apparently in anticipation of their Federation Cup match against China in April.

Pictures of the Spanish men’s and women’s basketball teams making the gesture, a crude impersonation of Chinese people, were published in adverts in Spanish newspapers earlier this week.

The photos, which were reprinted around the world, added to Spanish sport’s poor reputation for racial sensitivity.