UPDATE: HERE are more photos of the protesters rushing the Pepsi Center.
The cops were ready for them. 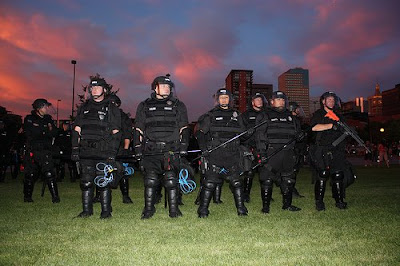 It looked like things would get exciting there for a minute, but fortunately for Denver there were no 21st Century Bill Ayers wannabes exploding bombs and and torching government offices.

Here are a few images from Wednesday evening’s March Against the Machine. For the first time there were more protesters than police, however the police were very well armed and ready for anything.

This was a decent protest. It was about the size of the Pro-Life rally yesterday that didn’t get any press.

This was the largest protest yet this week in Denver and ended peacefully even after around 1,000 of the antiwar youths rushed down to the Pepsi Center after the official protest ended. 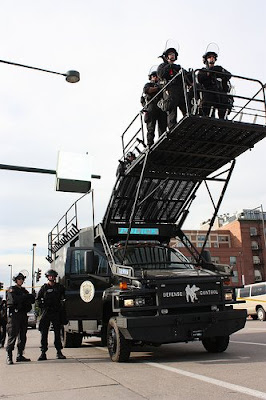 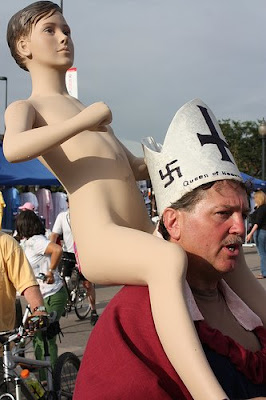 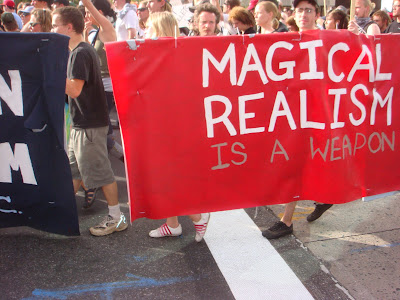 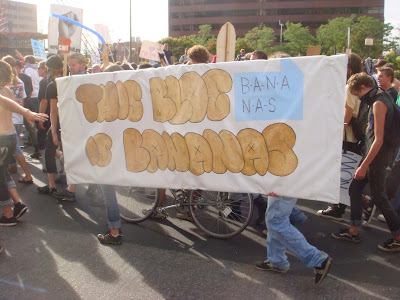 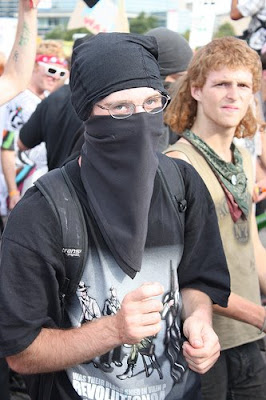 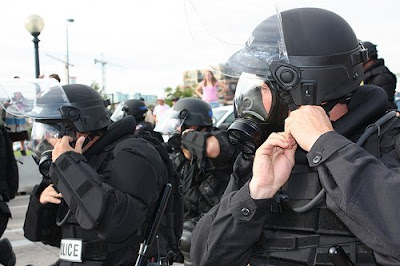 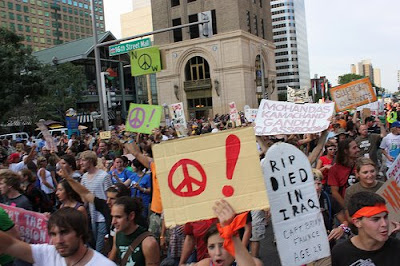 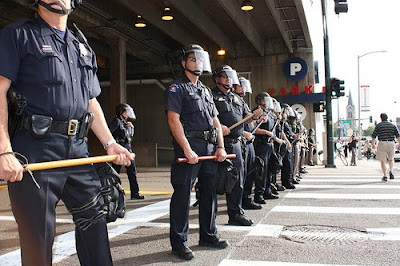 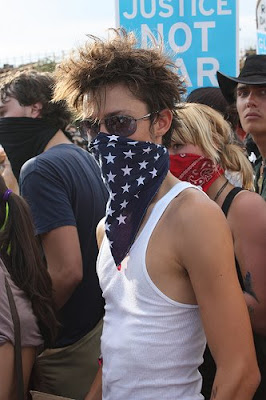 A couple of dozen self-proclaimed veterans marched down the streets in Denver today at the DNC Convention.

They said they were Iraq War veterans– Who knows?

** The People’s Press has several updates from today’s Denver events.