Police found four guns, including two rifles and two handguns and drugs, in a rented pickup. Aurora police caught one of the suspects waeving while driving drunk with methamphetamine- Rocky Mountain News.

If the meth addicts had not been arrested… And, if they had not sold sold their truck and guns for drugs by Thursday… And, if they had not rolled their vehicle down off a mountain cliff… There was a chance that they may have attempted to shoot Barack Obama from 750 yards away… If they did not have the the DT’s too bad.

Denver’s U.S. attorney is expected to speak on Tuesday afternoon about the arrests of four people suspected in a possible plot to shoot Barack Obama at his Thursday night acceptance speech in Denver. All are being held on either drug or weapons charges.

One of those suspects spoke exclusively to CBS4 investigative reporter Brian Maass from inside the Denver City Jail late Monday night and said his friends had discussed killing Obama.

“So your friends were saying threatening things about Obama?” Maass asked.

“It sounded like they didn’t want him to be president?”

Maass reported earlier Monday that one of the suspects told authorities they were “going to shoot Obama from a high vantage point using a … rifle … sighted at 750 yards.”

Law enforcement sources told Maass that one of the suspects “was directly asked if they had come to Denver to kill Obama. He responded in the affirmative.” 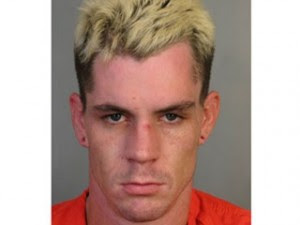 Dan Riehl has more on the drug addicts and Ace of Spades was following the story.

UPDATE: It looks like the addicts were having a drug induced fantasy after all. There was no threat to Obama.