Venezuelans go to the polls today to choose Marxism and more Hugo Chavez…
Or, to turn back to freedom and capitalism with Opposition candidate Manuel Rosales. 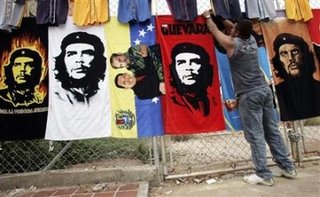 A street vendor arranges towels showing Venezuela’s President Hugo Chavez hugging Cuba’s President Fidel Castro between other towels with images of Che Guevara in Maracaibo on December 2, 2006. Venezuelans will go to the polls on Sunday to elect their next president. (Francesco Spotorno/Reuters)

Controversial Western polling services had Chavez ahead in the polls going into the election.
Alex Beech explains how Rosales can win.

** Venezuela News and Views is liveblogging the election results.

** Alexander Boyd at VCrisis is also liveblogging the election today. 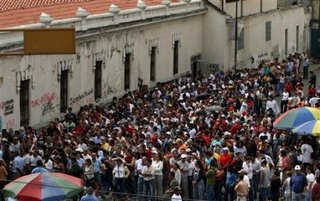 A. M. Mora y Leon has a terrific roundup at Publius Pundit on what we know so far.

Sandmonkey has several links to the action.

American Pundit reports that Venezuela closed down the US Telemundo services today.

Hugo’s favorite the Carter Center is on the ground working the polls. 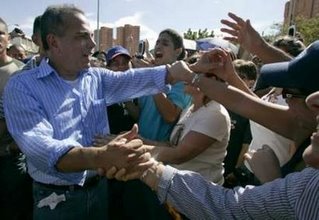 Fausta has an amazing interview with Daniel Duquenal of Venezuela News and Views about the elections. 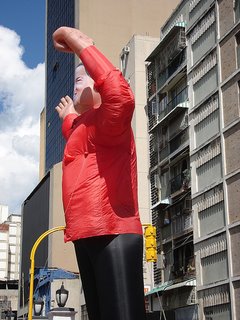 Gas bag?
Flickr has several more pictures from Caracas and the election.

Miguel Octavio at the Devil’s Excrement has a take on turnout from the day.

A. M. Mora y Leon writing at Babalu has her hopes up. 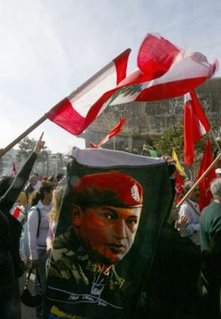 Update: Publius Pundit has an update with pictures.

Tibisay Lucena, director of CNE, has just informed that Hugo Chavez won the election with 5,936,141 of votes, results arrived at after 78% of voting centres have been tallied. Manuel Rosales got 3,715,292 votes according to Lucena. People close to the campaign of Rosales informed me just before the announcement that Rosales did not have enough votes.

Manuel Rosales is expected to address the nation shortly. President Hugo Chavez has just appeared in Miraflores “people’s balcony” and is singing the national anthem.

It seems to be a popular move this year to run an Anti-Bush, anti-US military campaign. It worked for the democrats, too.
Good Luck.