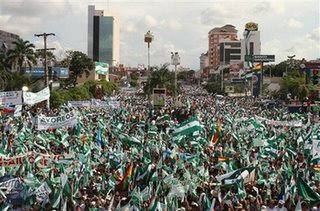 Publius Pundit has much more on the huge protest.