A shocking report from Kuwait says that Syrian reporters were calling Lebanese newspapers inquiring about Gemayel’s murder before his assassination took place! 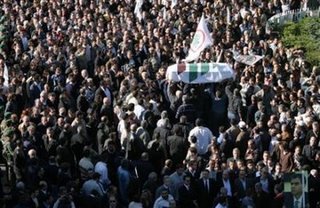 Kuwaiti Newspaper Alseyassah has reported that a SANA (Syrian Arab News Agency) editor has contacted a Lebanese pro-Syrian newspaper 55 minutes prior to the assassination of Lebanon’s minister Pierre Gemayel inquiring about details of his murder.

The call took place at 3:05 pm Beirut local time. Alseyassah did not name the Lebanese newspaper to protect its identity.

The Alseyassah added that the Lebanese newspaper was extremely surprised about SANA’s call which prompted the SANA reporter to call 10 minutes later and apologize for the original call.

Both PSP leader Walid Jumblatt and parliament majority leader Saad Hariri have accused Syria of being behind the murder in order to avoid the implementation of the UN tribunal for trying the murderers of former PM Hariri. 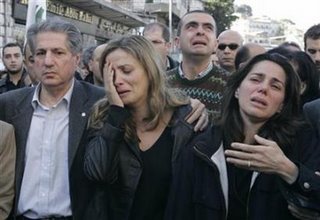 Atlas has video of Ambassador Bolton’s reaction to the assassination of Pierre Gemayel.

Amin Gemayel, the father of Pierre and former Lebanese President, said that Syria is probably behind the hit.