The mainstream media continued to cover for JFK today.
Here is my nutjob attack. I am very proud of it… 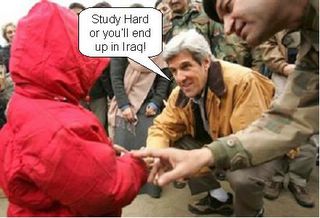 John Kerry apologized for his “joke” earlier today. But, Kerry must think that Americans are stupid. Get a load of his “apology”: 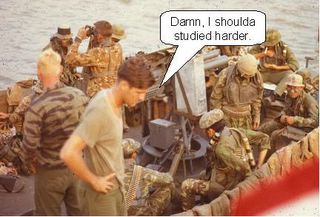 The democratic leader says he wants “his war of words” with the White House not to become a distraction in the final week before midterm elections.

Here’s a real laugher that will be totally missed by the MSM.
Kerry in his attack yesterday on the rightwing nutjobs, claimed he “lived and breathed the concerns of our troops.”

But, the truth about Kerry’s concern for the troops took all of five minutes to nail down…

The non-partisan National Journal has labeled him the Most Liberal Senator in Washington.

Remember: One man’s “joke” is another man’s gift gaffe.

Update: HotAir has this “Crie for Halp from IraK”: