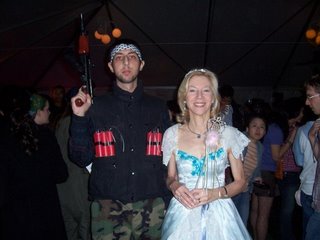 Democracy Project has several more disturbing photos from the evening.

For those who think that this is just another clever Halloween costume, maybe they should ask the families of these boys what they think… 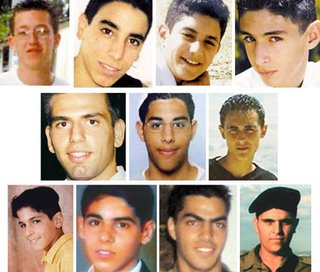 Usama Muhammad Id Bahr and Nabil Mahmud Jamil Halbiyyah blew themselves up in Jerusalem’s Zion Square on December 1, 2001. Before setting off to “martyrdom,” they also left a car bomb set on a timer two blocks away. It exploded just as rescue workers and emergency personnel arrived on the scene.

The physical damage was extensive, but largely reparable. Alas, the human toll was far more severe, what with 11 deaths and 188 injuries.

The deceased were all between ages 14 and 21. They were out for a night of fun after the end of Sabbath.

These boys won’t be going to any Halloween parties this year.

Suicide bombers are not cute or clever, even on Halloween.