I am planning on joining the brothers from Another Rovian Conspiracy at the Talent Campaign headquarters to report up to the minute developments. **

Update: I just talked with the Talent Campaign. They are excited about the turnout so far. They say it is a big help!

Bring out your dead!
Missouri is expecting a 70% turnout today at the polls!
If you add the 10,520 dead people still registered to vote and the 35,000 questionable ACORN Registration Forms it could go much higher.
Glenn Reynolds has more on vote fraud today in his column.

As far as turnout… Democrats may have done an excellent job scaring Republicans to death. Turnout so far looks huge. 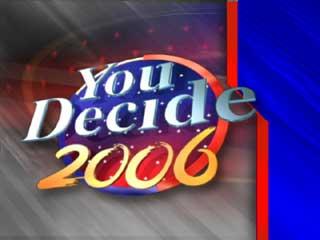 Democrats are predicting (and hoping for) a moderate turnout, but we are already seeing something huge in Missouri:

Statewide, Robin Carnahan’s staff is predicting that 49 percent of Missouri voters will cast ballots today. That compares to 51 percent in 2002, the last midterm election.

But area election officials are predicting higher turnouts, as high as 70 percent.

There is a lot of action this morning in the media, at work and on the streets… look for a massive turnout in Missouri.
As much as 70% voter turnout is expected in Missouri today.

It may all come down to Amendment 2 in Missouri. Claire McCaskill made Amendment 2 a big part of her platform. And she used blanket attacks against Jim Talent claiming that he was against all stem cell research and that he wants to indict those who practice stem cell research. This, of course, is not true but Claire didn’t care. She has been airing those ads for a number of weeks.
See the senate campaign’s most disgusting ad here:

Sick! Jim Talent did start to refute the ads in his television spots this past week and it was effective.

What will help Talent are the independent Right to Life organizations that are airing commercials in support of the senator. The Catholic Church and several Protestant Churches are also against Amendment 2 and the embryonic stem cell initiative that would become part of Missouri’s Constitution.

Just saw this…
There is a hotline set up for you to call if you expect voter fraud in Missouri:
Call the U.S. Attorney’s office at 314-539-7733 or the FBI at 314-231-4324.
Kansas City will have federal prosecutors overseeing Missouri election complaints.

With 16 democrats covicted of election crimes since the 2004 in the St. Louis region alone, they could be busy at the hotline tonight!

The Strata Sphere has several updates and good news for Republicans nationally.
Pajamas Media has a huge comprehensive roundup on all of the election action today.