There is a lot of action here in St. Louis waiting on Jim Talent to take the stage at his rally at the Frontenac Hilton. Talent just introduced his family on stage and said he would be back later. Results are starting to come in. 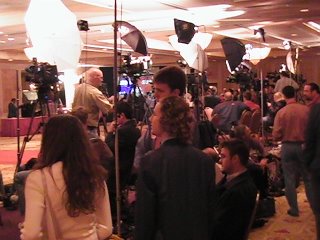 Talent supporters and the media gets ready for the night.

Katie Favazza has numerous updates on the Missouri election. 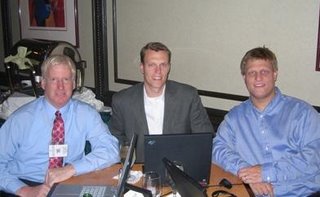 Gateway Pundit, Todd and Brian Larkin from Another Rovian Conspiracy at the Talent Campaign Headquarters.

Here is a wobbly video of his talk.

(9:00) Virginia Comonwealth has Allen up on Webb. That could set the tone for the night.

The Maryland senate race is too close to call!
Michelle Malkin has more on the Steele campaign. 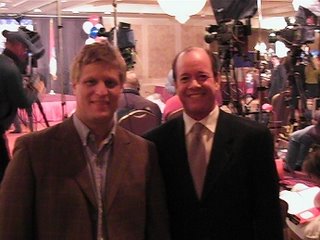 Brian Larkin from ARC with Jamie Allman from 97.1 FM StL.

Another Rovian Conspiracy just made a major announcement concerning the Tessessee Senatorial race! They are really going out on a limb here. A brave move by ARC!