Helen Berhane was jailed for over two years without being charged. She was beaten by prison guards to persuade her to recant her faith. 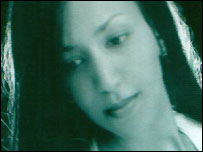 Popular Christian Gospel singer Helen Berhane was held in a metal shipping container during her imprisonment:

An Eritrean Christian gospel singer, detained by the authorities without charge for more than two years, has been freed, Amnesty International says.

Helen Berhane was among about 2,000 members of illegal Evangelical church groups in Eritrea, who Amnesty says have been arrested in recent years.

She was reportedly imprisoned inside a metal shipping container and beaten in an effort to make her recant her faith.

But Eritrean Foreign Minister Ali Abdu denies all knowledge of her case.

Jim Hoft
Jim Hoft is the founder of The Gateway Pundit, one of the top conservative news outlets in America. Jim was awarded the Reed Irvine Accuracy in Media Award in 2013 and is the proud recipient of the Breitbart Award for Excellence in Online Journalism from the Americans for Prosperity Foundation in May 2016.
Party Leader Ocasio-Cortez Pushed to the Side at Democrat Convention -- But Lolita Express Frequent Flyer Bill Clinton Given Prominent Speaking Slot
War Room with Steve Bannon Holds Special on "The Case for Hydroxy" 10 AM to Noon Eastern -- Live Video
NYC Street Artist Paints Thin Blue Line on Street in Support of Police -- Gets Cease and Desist Letter from NYC Officials (VIDEO)
DEVASTATING! Trump Responds to Junk Intel Report - "Nobody with Any Common Sense" Would Say Russia Wants Donald Trump to Win (VIDEO)
Portland Mayor Ted Wheeler Now Begs Criminal Antifa Terrorists to Stay Home So Trump Won't Use His Failed City in His Ads (VIDEO)
See more...