** After looking at the new senate leadship, let’s face it… The 2006 election was not about corruption. It was not about values. **

(AP)- Majority Leader Harry Reid, D-Nev.
Reid’s no-nonsense, plainspoken style reflects his origins, growing up in a cabin in the tiny community of Searchlight, Nev. Once an amateur boxer and an official fighting organized crime in his home state, he won a House seat in 1982 and four years later moved to the Senate. 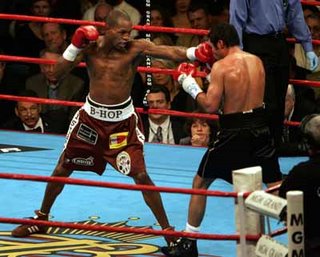 Harry Reid improperly accepted a free seat at a boxing match between Bernard Hopkins and Oscar de la Hoya in September 2004. Harry said it was part of his job. He is seated behind Hopkin’s right elbow. (National Review)

Omissions- Plagued by scandals: Abramoff Scandal, Sons who are lobbyists, boxing tickets and other perks, land deal that made him $1 million, etc.
___ 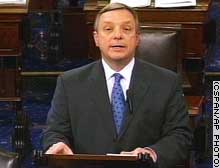 Durbin with puppy tears as he apologizes to nazi, Vietcong, Soviet torturers (the troops).

Omissions: His love for the military: “If I read this to you and did not tell you that it was an FBI agent describing what Americans had done to prisoners in their control, you would most certainly believe this must have been done by Nazis, Soviets in their gulags or some mad regime — Pol Pot or others — that had no concern for human beings.”
___

(AP)- Agriculture: Tom Harkin, D-Iowa.
Harkin, 66, remains an idealistic but pragmatic liberal after more than two decades in the Senate. 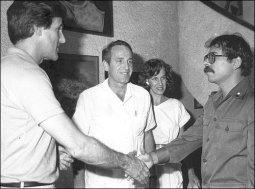 Omissions: Attacks Cheney for not serving in Vietnam while he lied about his own: “In 1979, Mr. Harkin, then a congressman, participated in a round-table discussion arranged by the Congressional Vietnam Veterans’ Caucus. ‘I spent five years as a Navy pilot, starting in November of 1962,’ Mr. Harkin said at that meeting, in words that were later quoted in a book, Changing of the Guard, by Washington Post political writer David Broder. ‘One year was in Vietnam. I was flying F-4s and F-8s on combat air patrols and photo-reconnaissance support missions. I did no bombing.’

“That clearly is not an accurate picture of his Navy service. . . . Mr. Harkin’s Navy record shows his only decoration is the National Defense Service Medal, awarded to everyone on active service during those years. He did not receive either the Vietnam Service medal or the Vietnam Campaign medal, the decorations given to everyone who served in the Southeast Asia theater.”
___

(AP)- Appropriations: Robert Byrd, D-W.Va.
Byrd, the longest-serving member of the U.S. Senate, has held more Senate party leadership positions_ including two terms as majority leader — than anyone. Now 88, he has grown increasingly liberal since his first statewide race in 1946. 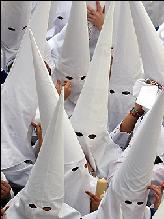 Omissions: Former Kleagle for the KKK.
___

Judiciary: Patrick Leahy, D-Vt. Leahy, 66, has emerged as one of the leading critics of Bush administration policies ranging from judicial appointments to combating terrorism. When he was chairman in 2001, Republicans accused him of holding up judicial nominations — and then said Leahy worked to slow them after Republicans took over. Leahy helped draft the Patriot Act after Sept. 11, but has criticized the Bush administration’s implementation of it.

Omissions: Leahy the Leaker. According to a 1987 San Diego Union-Tribune report, in a 1985 television appearance Leahy disclosed classified information that one of Egyptian President Hosni Mubarak’s telephone conversations had been intercepted. The information that Leahy revealed had been used in the operation to capture the Arab terrorists who had hijacked the Achille Lauro cruise ship and killed American citizens, and the Union-Tribune claimed that Leahy’s indiscretion may have cost the life of at least one of the Egyptian operatives involved in that operation. In 1987, The Washington Times reported that Leahy had also leaked secret information about a 1986 covert operation planned by the Reagan administration to overthrow Libyan dictator Moammar Gadhafi. Leahy allegedly had said, “I thought [the operation] was probably the most ridiculous thing I had seen, and also the most irresponsible,” and had threatened to expose the operation to CIA Director William Casey. A few weeks later, details of the plan appeared in The Washington Post, and the operation was cancelled…

___
(AP)- Health, Education, Labor, and Pensions: Edward Kennedy, D-Mass.
Kennedy, 74, the “liberal lion” of the Senate, continues to march into contentious rhetorical battles with his ideological opposition. He is a leading critic of Bush and his decision to go to war in Iraq and has criticized Bush’s health care proposals. He stood beside Bush when he signed the No Child Left Behind education reform legislation, but Kennedy has since disparaged the bill’s implementation. 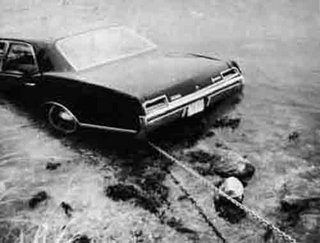 Senator Kennedy’s car is dragged by a wrecker out of Poucha Pond. (Ytedk)
Omissions: Murder.

After I saw the headline today, “Old Names, Old Scandals”, I thought that the media was going to touch on this immoral group that were just put in charge of the country.