Really… Is there anything more disgusting than a “cut and run” lib bashing a Conservative Republican for “not supporting the troops”?

Just days before his bust on possession of a pound of pot and shrooms, Willie Nelson and Claire McCaskill got together for some “cut and run” talk.

Now, McCaskill thinks that slandering Jim Talent’s record on supporting our troops is the way to go with a new bogus ad airing in Missouri. This is just sick!

Arena of Ideas is all over this disgusting and deceitful democratic ad that is airing in several battleground states. The ad claims that Senator Jim Talent, among other Republicans, voted against a $1 Billion body armor bill for our troops.

The ad does not mention that Talent and the other Republicans voted for a $87 Billion instead, without voting against it!

Vets for Freedom is not pleased with this crap attack ad.

The ad already made a play in Virginia without much success. And, QandO Blog already debunked it HERE, HERE and in a podcast HERE.
Don’t expect the mainstream media to be as accurate or diligent!

Here’s a look at the VoteVets group… with none other than Hezbollah supporter Wesley Clark leading the charge. 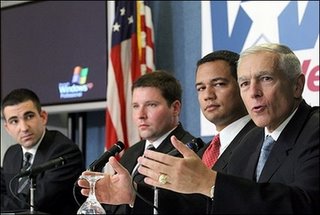 This picture is the devastating body blow to the ad… 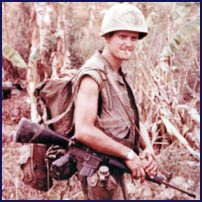 It shows Jim Webb in Vietnam in a Vietnam era flack jacket. As you can tell by reading about this at QandO, it is quite a bit different than the ones shown in the bogus ad.

Arena of Ideas sends another update on from another soldier.