Is it really a surprise that Germans see America as a threat?
…When Human Rights Watch and Newsweek contribute to their hit pieces! 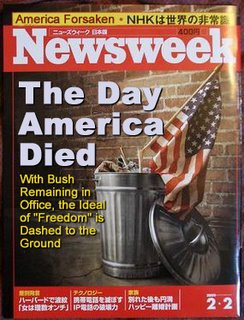 Japan is not the only country where Newsweek reporters churn out their Anti-American filth.

Davids Medienkritik sends a sampling of a recent news report from Germany (Video is HERE):

Just another example of the unbiased, high quality reporting about the Iraq War and the US military from ARD’s Panorama, a highly influential investigative journalism program on a major German public television station that reaches an audience of millions.

…there are also a growing number of gruesome assaults by American Soldiers on the population. Meanwhile a disastrous dynamic has set in: The US army is short on personnel. So they’re arming ex-convicts too. Like soldier Steven Green. On March 12 he became a rapist and four count murderer according to court records. Green and his unit raped a 14 year old after which they murdered the girl and her family. After that they ate chicken wings and played cards. With the end of hope for still winning the war, ethical standards are obviously vanishing too. The army is running out of soldiers in Iraq . Now criminals can also be armed.”

There’s more including video in German. But, what is the worst part is Newsweek reporter Sarah Childress adds fuel to the anti-American fire by spewing her filthy rumors into German households:

Sarah Childress, Newsweek: “They drank Iraqi whiskey mixed with an energy drink. At some point during the day Green said that he would really like to kill a couple Iraqis.”

Green and the others went in this house. They already knew the Iraqi family here: They had already set their eyes on one of the daughters.

Sarah Childress, Newsweek: “Steven Green forced the mother, father and the five year-old daughter into the bedroom. The other soldiers then heard shots from outside. Green came out and said: ‘I just killed them, all are dead!”

As that was happening, his comrades began to molest the second daughter, who was still alive. Then Green raped the 14 year old girl.

Sarah Childress, Newsweek: “Steven Green also shot her. One of his comrades even molested her after that, even though she was already dead. At the end Green dumped kerosene on the body and burned it.”

Shortly thereafter they had a barbeque: Chicken wings – fried chicken. The five soldiers clearly had no fear of punishment. Iraqi neighbors reported Green’s deed to the US Army – nothing happened.

This case, of course, that Sarah Childress is talking about, is still open. 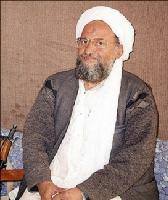 Michael Isikoff of Newsweek, as you remember, published bogus news back in May 2005 that setoff rioting throughout the Muslim world where dozens were killed. Al Qaeda’s second in command mentioned this bogus story just last week in his latest recording.

The anti-American group Human Rights Watch contributes to the story.

If it sounds familiar, Joseph Goebbels made a similar speech, via Medienkritiks:

And no, the Panorama report is not from the office of Joseph Goebbels, though he made similar observations in 1943: “A report on interrogations of American prisoners is really gruesome. These American boys are human material that can in no way stand in comparison with our people. One has the impression of dealing with a herd of savages.”