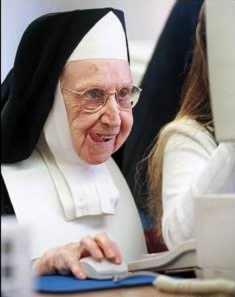 Via Stefania…
Islamic hackers attacked the Vatican this week as they had promised but were repelled at the gates:

Islamic computer hackers tried to disrupt the Vatican web site earlier this week, but failed, according to a report in the ANSA news service.

In an online forum for militant Muslims, a group announced plans for an assault on the Vatican computer network, which was said to be a form of retribution for Pope Benedict’s criticism of Islam in his Regensburg speech. Police later confirmed that there had been a concerted effort by hackers to penetrate the Vatican site, but computer-security experts were able to detect and repel the attack.

The nature of the attempted attack was not clear. Some observers in Rome believed that the Islamic group was planning a “denial of service” attack, in which a web site is bombarded with many thousands of simultaneous visits, overloading the available bandwidth and making it impossible for others to reach the site.