Via World Net Daily and The Australian:

The Prime Minister said today he had asked for an investigation of the news, revealed in The Sunday Times at the weekend.

The newspaper reported that a friend of one of four terrorists killed in bombing attacks on the London Underground last July had said the terrorists considered instead attacking the Australian and England dressing rooms in the Ashes test at Edgbaston in August.

Mr Howard said that while there was doubt over the veracity of the report, it highlighted the reality of terrorism.

”There are people around who want to do us in, who do want to do damage to Australia and what Australia stands for,” Mr Howard said. 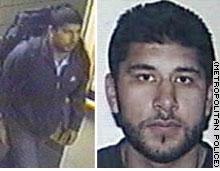 The claim was made by a family friend of bus bomber Hasib Hussain, who killed 13 people in London’s Tavistock Square. According to the 32-year-old friend, whose family has links to a terrorist training camp in Kotli in northern Kashmir, the bombers were instructed to get jobs as stewards at the Edgbaston cricket ground and to spray sarin gas inside the changing rooms.