From Pakistan comes news that Adnan G. El Shukrijumah has successfully smuggled nuclear material across the US and is planning an attack on the United States during the holy month of Ramadan which begins on September 24th.

Have you seen this man? 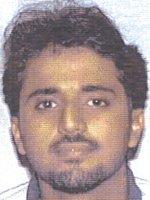 Osama bin Laden is planning to carry out new, more destructive attacks inside the United States, and there is someone working on this terror plot currently in the US, according to Hamid Mir, the famed Pakistani journalist who obtained the only post-9/11 interviews with Osama bin Laden and Ayman al-Zawahiri. In an interview quoted on the website of the al-Arabiya television network, Mir spoke about his last trip to Afghanistan and his meeting with al-Qaeda members and Taliban leaders.

In his interview with Al.Arabiya.net, Mir said that the al-Qaeda and Taliban fighters referred to attacks targeting the US-led coalition forces during the Muslim holy month of Ramadan which begins on 24 September, and that the al-Qaeda leader, Osama bin Laden was in “good” health during a meeting he had recently with the Taliban leader, Mullah Mohammed Omar.

Mir also said that bin Laden has assigned a man named Adnan Al-Shukri Juma to carry out a new attack within the US which is intended to be larger than the 11 September, 2001 attacks. According to Mir, Adnan Jumaa has smuggled explosives and nuclear materials into the US through the Mexican border over the last two years and is hiding somewhere in America where the FBI has not been able to locate him…

The American writer, Paul Williams, in his book “The Al-Qaeda Connection: International Terrorism, Organized Crime, and the Coming Apocalypse”, says he was among a number of Al-Qaeda members trained for the nuclear technology.

From WIKI: When Khaled Shaikh Mohammed, former operational commander of al-Qaeda, was captured in March 2003 and interrogated, he fingered Adnan el Shukrijumah as the man who would later be in charge of a new attack. (That was a while back, I know.) 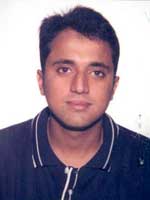 Dr. Rusty Shackleford at the Jawa Report has much more on this frightening news today.

In 2004… It was reported that there was evidence al-Qaeda members were traveling in Central and South America looking for recruits to carry out attacks in Latin America and the United States.

In August 2004 The Telegraph reported… Immigration officials arrested 77 men “of Middle Eastern descent” in June in two separate incidents crossing the Mexican border into the US.

Lifeboat Foundation is concerned about the next mass casualty hit on the United States.

Ace notes the reward for information on his arrest… It’s a lot of jack!

Update: Riehl World View has news of Adnan being spotted a while back.