Finally, the Democratic Party is angered about innocent youngsters being abused by elder statesman. 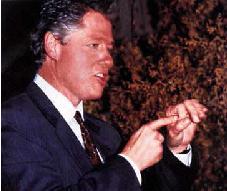 Update on the Foley Fallout…

Last night out came the rumors that Republican Leadership knew about Representative Foley’s scandalous behavior (crime) with a Congressional page up to a year before the news broke this week.

It would be a huge story if the Republican Leadership knew about the nature of this scandal and sat on it for a year… think Catholic Church!

Here is what was posted about who knew what, when from Joshua Marshall at Talking Points Memo:

Chairman of the House Page Board, Rep. John Shimkus (R-IL) interviewed Foley last year about some of the contacts with the page. The House clerk, who is also a member of the Board, was also present. Speaker Hastert’s office was informed of the interview, but according to GOP leadership sources who spoke to Roll Call, Hastert himself was not informed.

As chairman of the bipartisan House Page Board in late 2005, I was notified by the then Clerk of the House, who manages the Page Program, that he had been told by Congressman Rodney Alexander about an email exchange between Congressman Foley and a former House Page. I took immediate action to investigate the matter.

It has become clear to me today, based on information I only now have learned, that Congressman Foley was not honest about his conduct.

CNN reports that Majority Leader John Boehner, an Ohio Republican, had heard of the story in the spring:

Boehner’s spokesman, Kevin Madden, said Boehner recalls a conversation with Alexander “making him aware earlier this spring that there had been contact by Rep. Foley and a page. It was Congressman Alexander’s opinion that the contact was not of a professional nature.”

Shimkus issued a statement saying he had learned about the e-mails in late 2005, after they were forwarded to the Clerk of the House by Rep. Rodney Alexander, a Louisiana Republican, in whose office the page had worked.

It sounds like the Republican Leadership was lied to by Rep. Foley who is single.

The matter was sent to the House Ethics Committee.

Will this be the end of the story or the beginning of a massive coverup scandal?
Time will tell.

Captain’s Quarters has this:

Despite knowing of Foley’s “inappropriate” behavior this spring, Majority Leader John Boehner did nothing about it, after hearing that the parents of the page wanted the matter dropped.

However, Democratic protestations on this matter seem rather hypocritical, given the history of their party and page scandals.

Rick Moran has a must read update to this story… It appears that the only ones sitting on the sleazy Foley emails was a leftist organization CREW, the same group that represents the Plame-Wilsons, and did not release these emails until now- 40 days out from an election.

Update: John at Powerline has a sensible read today on the Foley ordeal.