Could you imagine if this situation were reversed in Turkey, or Iran, or Saudi Arabia, or Libya, or… 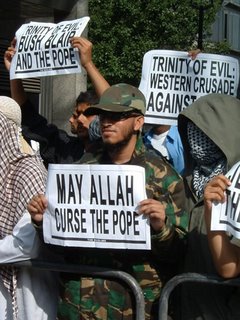 But do they have to mock the Brits, too!

Joee Blogs- A Catholic Londoner has more of these very offensive pictures.
Via Little Green Footballs