Adnan G. El Shukrijumah may have been spotted in Texas!
So, who is Adnan Jumaa?

Pakistani News reported earlier this week that Adnan G. El Shukrijumah had successfully smuggled nuclear material across the US border and was planning an attack on the United States during the holy month of Ramadan which begins on September 24th.

There is a $5 million reward for information on the whereabouts of Adman Jumaa. 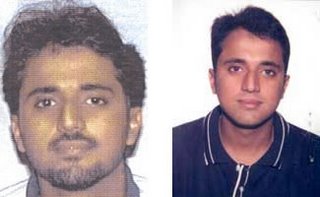 Via Charles Johnson…
From the message boards at Ace of Spades:

Ok, I have a dilemma.
I am pretty sure this guy came [to rent a house].

I was just checking my records and it had to have been [earlier] this year. I remember the home I showed him, a couple leased the home within days of me showing it to this guy.

He had a Mexican Consular ID, no valid TX info. He would not allow me to make a copy of the ID card. I wrote notes on the visitor card when he came in because he refused to fill it out.

I will be looking at my records from earlier this year to see if I can find the info. He measured the distance between the homes – had a “friend” go into the home and yell, to see if it could be heard from outside.

I remember this incident so well, due to the fact that it was one of the strangest things I have ever seen. He did not have a hispanic accent, and certainly did not appear hispanic. [Redacted.] I showed the photo of this guy to [someone else present] a few minutes ago and her reaction was “Holy Shit[]! That is the guy”. The photo that took me so by surprise is the one with the goatee & mustache, which I saw on a different site. Looked just like that guy!

Will let y’all know if anything comes of this!

CNN reported in 2003… “El Shukrijumah lived in Pembroke Pines, Florida, at the same time as Padilla, 31, an American citizen accused of being an al Qaeda operative who plotted to detonate a radioactive “dirty bomb” inside the United States. 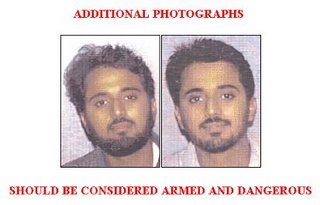 If you have information on the Adnan Jumaa, contact your local FBI Field Office.

Previously:
WANTED: Adnan Jumaa for Suspected Nuclear Attack on US