Holy Terror! They even have a song! HERE
Unlike Argentina, these Hezbollah heads are taking things to a whole new level! 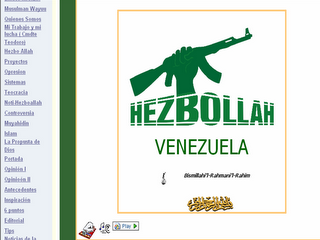 Click to Enlarge
Gustavo Coronel at Venezuela Today has proof that Hezbollah is working openly with the tribe of the Wayuu on the Venezuelan side of the Guajira Peninsula:

They are indoctrinating the members of this tribe, to convert them into Islamic fanatics in charge of disseminating the terrorist message that has already created chaos, death and misery in the Middle East.

The Hezbollah group invading Venezuela is doing its work openly in the Venezuelan side of the Guajira Peninsula. They are disseminating, via Internet, a strategy “to change Venezuela,” including:

* Total destruction “of the sex industry” (whatever that means),

* Attacking the upper classes, “who are the most corrupt,” all white-collar criminals and continuing the cleaning downwards,

* Attacking corruption in government (not such a bad idea) and in the masses, both civilians and military,

* Attacking false idols and satanic cults, as defined by them. 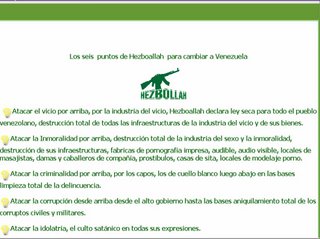 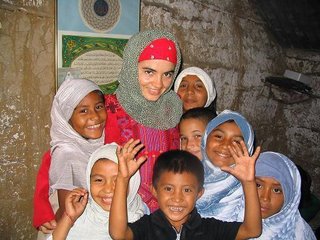 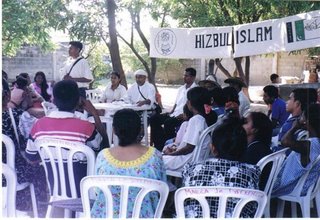 Blogging for Hezbollah in Spanish! 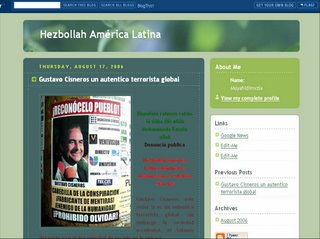 “An Army of Islamic Fascists!”
Hey! Not Cool!
Hat Tip to Ed

Analog Kid has an extensive post on the many, many reports of Islamic terror groups operating in South and Central America.
Ace shares previous thoughts on the region that our enemies seek to infiltrate.