Kudos to One Jerusalem for bagging this interview with one of the most sought after commentators since the Muslim papal riots broke out last week. 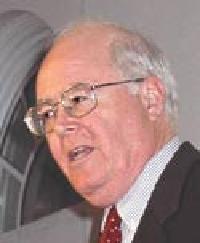 William Donohue of the Catholic League

Established in 1973, the Catholic League defends the church from defamation, disdain and discouragement.

When Muslims distorted Pope Benedict’s words and instigated violent rampages the Main Stream Media invited Bill Donohue to defend the Pope. After all, the Catholic League represents millions of Catholics across the United States.

In recent days, Bill has received a lot of radio and television airtime. He has debated representatives of CAIR and other Muslim spokesmen.

Now he has agreed to spend some time with bloggers. The topic will be the events surrounding the reaction to the Pope.

– The Conference of Catholic Bishops has not published a response to the latest attacks on the Pope and the Church by Radical Muslims.

– Oriana Fallici believed that this Pope was the only one who could stand up to the threats of radical Islam!

– The problem may be the teachers and not the teachings. It appears that there is something wrong with the Islamic teachings today that there is no wiggle room for discussion.

– The Catholic League will put an ad in the Washington Times this coming week supporting the Pope.

One Jerusalem will post the audio from this exceptional call later today.

Atlas has a thorough roundup and audio of the conference call posted.

** Dn’t forget the “Stand with Israel” protest tomorrow at the UN!

Jerry Gordon at Israpundit, and Omri at Mere Rhetoric were also on the call.