“As America claims to be fighting terrorism, it implements policies that cause the intensification of terrorism and institutionalized violence.” 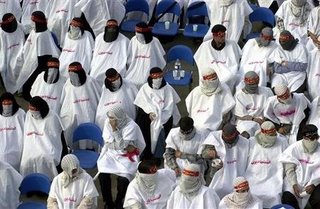 More than 200 young men and women presented themselves last spring as volunteers to carry out suicide bomb attacks against Americans in Iraq and against Israelis. In April Iran announced that it has a 40,000 member suicide bomber army to strike targets all over the Western world. 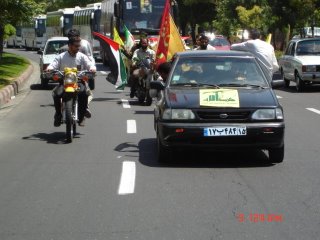 Via Winston, pictures of suicide bombers loading buses to head to Lebanon in late July 2006 to fight the Zionists, from the World Without Zionism website. 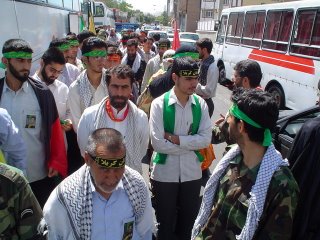 Again, via Winston, more pictures of suicide bombers volunterring to go to Lebanon, from the World Without Zionism website. 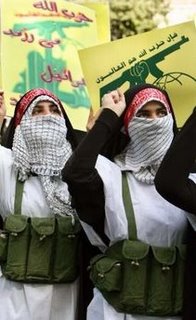 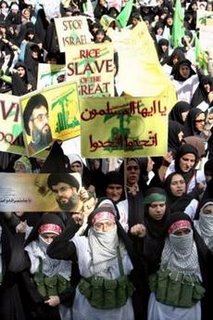 What kind of sick jokester is this Khatami, anyway?