A 9-11 Marine hero after 5 years finally steps forward out of the shadows,
AMAZING VIDEO HERE 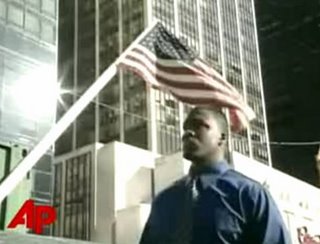 “I’m not a hero. I’m far from a hero. Those men who ran up in there are the heroes, whether it be law enforcement guys, fire department guys or even volunteers and coworkers. Those are the heroes.”

Sergeant Jason Thomas
US Marine who helped find a pair of police officers buried in the rubble at the World Trade Center on 9-11.

WCBS-TV in New York carried this story of a no longer anonymous hero from the World Trade Center attacks on 9-11:

For years, authorities wondered about the identity of a U.S. Marine who appeared at the World Trade Center on Sept. 11, 2001, helped find a pair of police officers buried in the rubble, then vanished.

Even the producers of the new film chronicling the rescue, “World Trade Center,” couldn’t locate the mystery serviceman. The only name he’d given at the scene was “Sgt. Thomas.”

The puzzle was finally solved when one Jason Thomas, of Columbus, Ohio, happened to catch a TV commercial for the new movie a few weeks ago as he relaxed on his couch.

His eyes widened as he saw two Marines with flashlights, hunting for survivors atop the smoldering ruins. 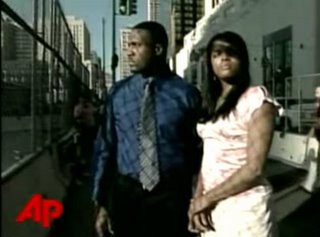 “That’s us. That’s me!” thought the New York native, now working as a court officer in Ohio’s Supreme Court.

Thomas, 32, hesitantly re-emerged last week to recount the role he played in the rescue of Port Authority police officers Will Jimeno and Sgt. John McLoughlin, who were entombed beneath 20 feet of debris when the twin towers collapsed.

Now a father of five, Thomas had been out of the Marine Corps for about a year when the terrorists struck. He was dropping a daughter off at his mother’s Long Island home when she delivered the news.

“My mother insisted it must be an accident,” he said. Thomas believed differently.

Rushing to his car, he dug in his trunk, retrieved his Marine uniform and put it on.

Minutes later, he was speeding toward Manhattan, eventually finding himself on the West Side Highway following a convoy of police cars. He had just parked when one of the towers collapsed.

“All I saw was ash. Ash coming in my direction,” Thomas said.

As it billowed around him, he knelt by the side of his car and pulled his shirt up over his mouth. Then, he got up and ran at the center of the cloud.

“Someone needed help. It didn’t matter who,” he said. “I didn’t even have a plan. But I have all this training as a Marine, and all I could think was, ‘My city is in need.”‘ 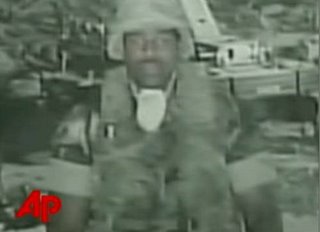 Thomas spent hours putting people on stretchers and setting up triage stations before bumping into another ex-Marine, Staff Sgt. David Karnes. Like him, Karnes had also grabbed his fatigues and headed into Manhattan when he learned of the attacks.

Acting on their own, the pair decided to search for survivors. Carrying little more than flashlights and an infantryman’s shovel, they climbed the mountain of debris and began an hours-long hunt, skirting dangerous crevasses and shards of red-hot metal, calling out “Is anyone down there? United States Marines!” 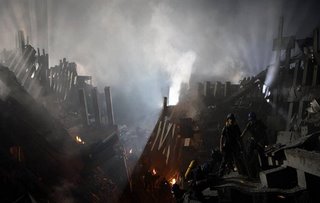 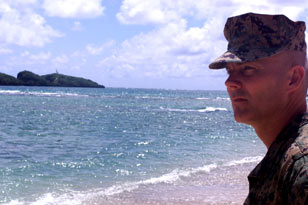 “I told people at my office ‘you guys may not realize it, but we’re at war right now,'” Karnes stated. “After staying at my desk for a few hours praying and asking God what I should do, I left the office to go to the WTC site…”

Upon arriving at the site where the towers once stood, Karnes immediately noticed a group of fireman as well as a handful of military service members like himself. Karnes found a search-and-rescue buddy in another Marine on the scene whom he knows only as “Sgt. Thomas.”

“I asked Thomas and the others if anyone has been in the center of the collapse area where the two towers stood,” Karnes admitted. “He said no because the authorities won’t let anyone near that area, so I asked him if he would take a walk over there with me.”

Karnes and his new friend Thomas walked to the rubble that was once The World Trade Center complex. After charging into the wall of smoke in front of them, they executed a hasty patrol route through the debris field…

More of this remarkable story HERE.

Related… OPFOR has the news and pictures from the new Air Force Memorial.