Federal prosecutors believe that the three Texas Palestinian-American men they are holding were targeting the 5-mile-long span. The men were arrested with 1,000 cell phones in their van. Prosecutors in a similar case in Ohio have said that TracFones often are used by terrorists because they are not traceable.

But, why would terrorists target the Mackinac Bridge in Michigan? 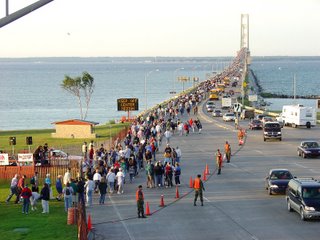 Why target the Mackinac Bridge?

Could it have anything to do with the Annual Labor Day Bridge Walk? 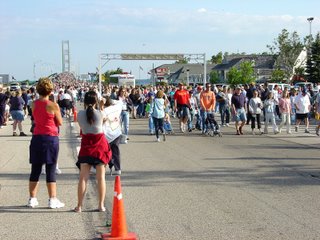 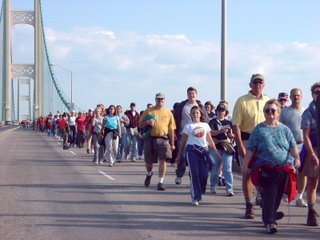 This year the Mackinac Bridge Walk will be held on September 6, 2006.
Could this be the reason?
Hat Tip Sean Hannity Caller