Will Code Pink demand their Pink Badge of Courage back now?

The democratic John F. Kennedy Profile in Courage Award winner is being sued by US marines for defamation of character. 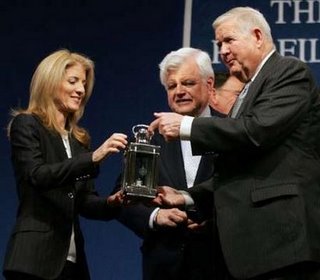 The anti-war hawk(?) Murtha also won the prestigious Pink Badge of Courage Award earlier in the year from Code Pink.

“The suit shows that Wuterich probably thinks he did nothing wrong.”
…meaning, the marine “cold blooded killers” will be cleared. 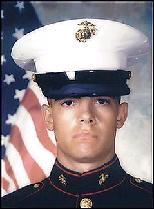 Via Michelle Malkin this morning and the Washington Post:

A Marine Corps staff sergeant who led the squad accused of killing two dozen civilians in Haditha, Iraq, will file a lawsuit today in federal court in Washington claiming that Rep. John P. Murtha (D-Pa.) defamed him when the congressman made public comments about the incident earlier this year.

Attorneys for Frank D. Wuterich, 26, argue in court papers that Murtha tarnished the Marine’s reputation by telling news organizations in May that the Marine unit cracked after a roadside bomb killed one of its members and that the troops “killed innocent civilians in cold blood.” Murtha also said repeatedly that the incident was covered up.

In the court filing, obtained by The Washington Post, the lawyers say that Murtha made the comments after being briefed by Defense Department officials who “deliberately provided him with inaccurate and false information.” Neal A. Puckett and Mark S. Zaid, suing for libel and invasion of privacy, also wrote that Murtha made the comments outside of his official scope as a congressman.

Telephone calls yesterday to Murtha’s office in Washington were referred to his district office in Pennsylvania, and calls there were not returned. A Marine Corps spokesman declined to comment yesterday on the Haditha investigation or the lawsuit.

It’s going to be a bit more difficult for the deranged Left to claim that Murtha is being “swiftboated” after he gets slapped with some paper.