German officials are not quite sure if the bombs found on trains this past week near Cologne were planted by Lebanese terrorists or not. The authorities did not want to jump to conclusions despite this helpful clue:

The newspaper Sueddeutsche Zeitung reported Friday that a plastic bag with Arabic script and a Beirut address was found in one bag.

The discovery has made travellers in Germany jittery and led to calls for more closed-circuit-television monitoring of stations.

Spiegel reports the bag found with the bombs came from the Lebanese capital of Beirut.

Surely, the authorities are aware of the Hezbollah sympathizers in Germany? 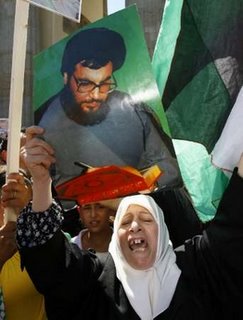 Update: It may be difficult to track down that Beirut address. (Via NYT)