The World Without Zionism website is carrying pictures of the Hezbollah weaponry that was used to kill the Israelis. 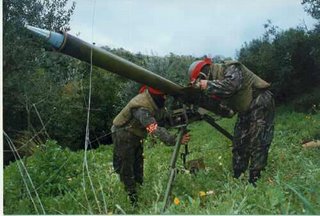 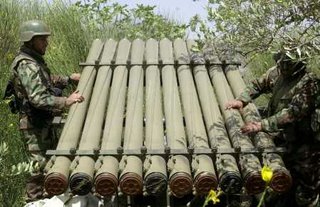 A similar photo like this was posted at MosNews yesterday describing Hezbollah’s new weaponry- made in Russia and from Syria. 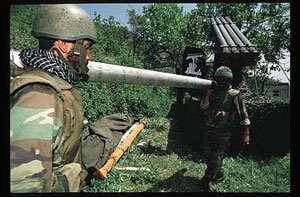 Not your ordinary garage variety pipe bomb!
And, the weapons require a bit more expertice and training than your average “freedom fighter” possesses.

Also in the news today, reports that Syria is planning to start up its own Hezbollah fighting unit to attack Israel.