We all have our limits.

If you learn one thing as a Hezbollah and Hamas supporter, it’s this… 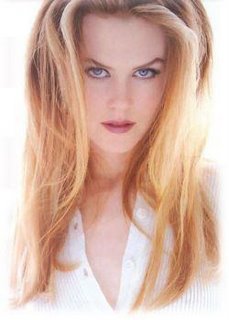 …Don’t mess with a hot Aussie.

Yesterday, a Hezbollah and Hamas supporter Awad started up a letter writing campaign against the 84 Hollywood stars, directors, studio bosses, and media moguls.
Basically… it was your usual campaign against “Zionist Pigs.”

This list not only included the Hot Nicole Kidman, but also included notables such as Bernie Mac, Don Johnson, Serena Williams and Vivica Fox,
…closet Zionists, all!

But sadly despite his fatwas against Jules Crittenden and Tim Blair, the letter writing campaign has appeared to have backfired on the Hezbollah and Hamas supporter Awad. At least by the feedback the terror supporter is getting at his anti-zionist blog.

Here are just a few of the comments at Hezbollah and Hamas supporter Awad’s blog today:

Thanks for the list. I will of course be sending them messages of support and thanks for their stand against terrorism.

You know, Awad, the murderous ideology of Islam has been at war with the rest of humanity for centuries. But because Islam is a recipe for disaster in any society it infects, the Islamic countries have been so backward for so long that for centuries we in the rest of the planet forgot Islam’s venomous hate for the rest of the human race. We drove your soldiers out of Europe and forgot you.

The Internet is Not Your Friend. It records what you say.

Party of God leader Nasrallah said in 2002: “if they [Jews] all gather in Israel, it will save us the trouble of going after them worldwide.”

A Party of God statement in 1992 read “It is an open war until the elimination of Israel and until the death of the last Jew on earth.”

The scholar Amal Saad-Ghorayeb quotes Nasrallah describing his view of Jews: “If we searched the entire world for a person more cowardly, despicable, weak and feeble in psyche, mind, ideology and religion, we would not find anyone like the Jew. Notice, I do not say the Israeli”.

The last time people said this kind of stuff, we had to erase several German cities, and incinerate hundreds of thousands of innocents.

Why don’t you put your address up Akram (you sniveling coward) so that people can annoy you in person as well.

Yep. As others have said, thank you for the list. very one of them will be receiving a genuine letter of thanks and support from my family.

Your religion’s murderous impulses will not be tolerated.

You are a vicious hate-filled toerag, Akram. You and people like you and your murderous fascist ideology masquerading as a religion are a threat to all humankind. That you and people like you have been allowed to populate countries like Great Britain, while spewing your racist hate talk, spitting on everything decent the country you live off stands for, is proof of an old and major Government policy mistake that we may regret for years to come.

Thanks, Awad. Like the others here, I’ve written numerous letters of support to those on the list.

Now I’m off to the mailbox!

Well done, wad, your campaign has been a huge success!

There’s hope for the Free World, yet!