You saw the Pro-Israel demonstration in New York earlier in the week.

Well, members of the Islamic Thinkers Society held their own protest along with other Anti-Israel groups in front of the Israeli consulate in New York on Tuesday, July 18, 2006. 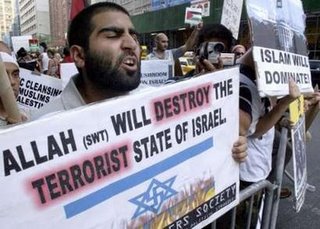 Funny, the caption on this Reuters picture reads:

There is nothing about this picture that makes you think this protester is pro-anything!

“God” will send the Mushroom cloud… 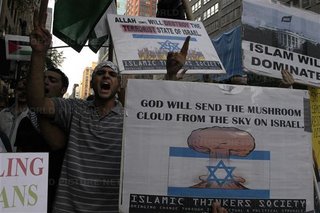 …From the sky on Israel! (From World Picture News.) 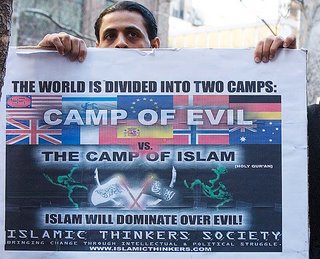 The world is divided into two camps (flags of US with swastika in lieu of stars, Israel with star made of swastikas, EU, Denmark, Germany, UK, France, Spain, Norway, Australia) vs. The Camp of Islam (map of the world, with green borders around all continents) (February 17 New York) 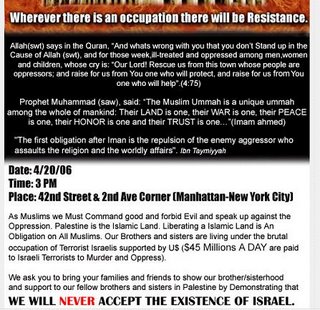 These “Supporters of Lebanon” also “Will Never Accept the Existence of Israel.” 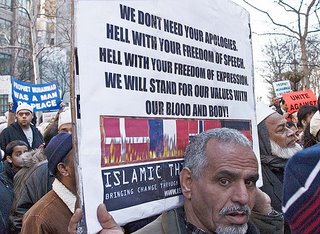 Michelle Malkin talks about the Hezbollah members in America today.
Zombie has more distrbing pictures from a San Fran protest.