Poles Rally at Warsaw Synagogue in Support of Israel

Europa has more (in Polish). 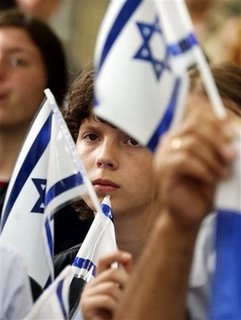 The Polish blog Europa sends news of a pro-Israeli protest today in Warsaw:

Poles gathered in front of Warsaw’s main synagogue to show their support for Israel amid fighting in southern Lebanon that has gone on for nearly three weeks.

People prayed for all victims of this war – both for Israelis and Lebanese. Irt was really great asmosphere – this demonstration was really for peace – and for all people who suffered. Last week pro-israeli demonstration took place in kiev (ukraine). About 5000 people gathered to show they support for israel 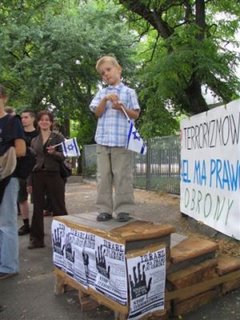 Europa will have more pictures on Monday. 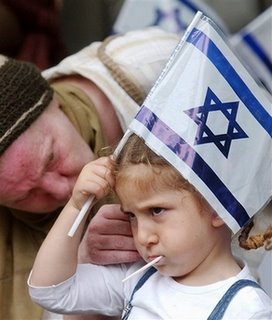 A young girl holds up a small Israeli flag at a demonstration in Warsaw, Poland, on Sunday July 30, 2006. (AP/Czarek Sokolowski)

Update: Europa has now posted more pictures from the protest in Warsaw on Sunday.