There’s definitely something wrong with this picture… 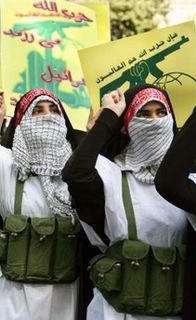 These Iranian suicide bombers are sickened by the violence and innocent deaths in Lebanon. (Reuters) 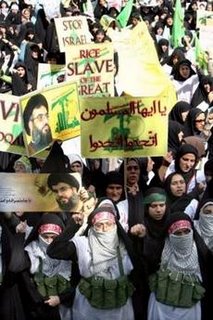 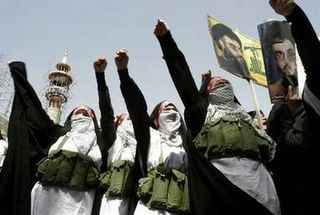 In related news…
A member of the Russian parliament put full blame on Israel for the Mideast violence today.

The top Iraqi Shiite in Iraq Ali Sistani called for a Lebanese ceasefire… as did the pope.
TigerHawk thinks that Juan Cole is on to something with his comments today that Ali Sistani is concerned about the young Al Sadr. Hopefully, there are enough people in Iraq who see Al Sadr for who he is, a disruptive thug, pure and simple.

And, Pajamas Media’s collection of blog and mainstream news from the Middle East is excellent as usual.

The Iranian bombers above are not the only ones upset with Israel… Little Green Footballs links to today’s front pages.

Atlas has amazing news from Jerusalem.