The discovery of 500 WMD shells in Iraq was reported yesterday. 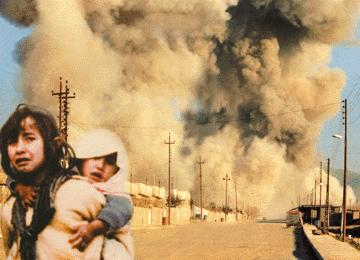 It only took Saddam 15-20 to to murder thousands of Kurds.

SANTORUM: To my understanding — you can talk about the Duelfer report. They said they found no weapons of mass destruction.

HOEKSTRA: Or that what they found was in contained dumps and these types of things.

I think what the news here is is a couple of things. Number one, the quantity that actually is publicly being reported — hundreds of warheads filled with — perhaps in some cases degraded — but still very, very lethal material.

And you know, when you say 500, you know, big deal — 500. I think in some of the attacks that have been identified with Saddam, 15 or 20 of these shells strategically placed in a city can have a very, very deadly impact, impacting, you know, killing hundreds, if not thousands of people. 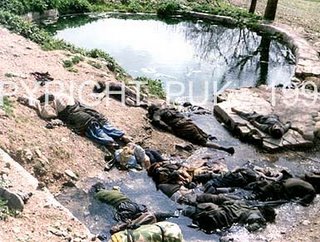 This is not, you know, 500 artillery shells of the standard type that are going off on a regular basis. This is chemical weapons. And if they’re in the stockpile — you’re not talking about transferring hundreds to make an impact in New York, in a subway or anything like that. One or two of these shells, the materials inside of these, transferred outside of the country can be very, very deadly.

SANTORUM: Just recall — the Duelfer report said there were no stockpiles. And I remember when the report came out. The whole mood was: There was no WMD at the time we went into Iraq.

And you hear three United States senators today saying there was no WMD. So I don’t know — maybe it’s not news to you, but I think it’s news to at least those three senators and a lot more and I think to most of the American public who believed that there were no weapons of mass destruction in Iraq at the time we went into Iraq.

SANTORUM: We asked them to release a lot more than this. And there’s a lot more to release. And the chairman and I are both, as he said it, I will agree with him.

I am completely dissatisfied with the extent of this release. And we hope to get more information out. 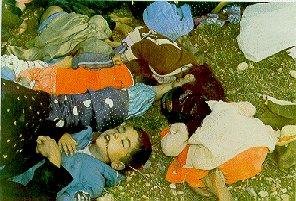