To CodePink, it doesn’t matter if it puts American soldiers and marines in danger or not… It’s all about the cause!

This is just gross and immoral.. 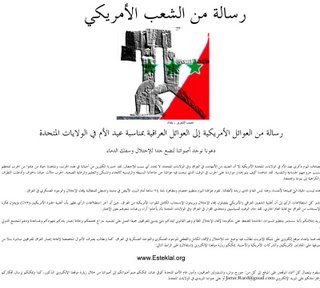 On Monday, May 15, CODEPINK placed ads in 8 Iraqi newspapers calling for Americans and Iraqis to work together, in a non-violent fashion, to end the illegal occupation and bloodshed in Iraq.

Because to CodePink, American marines and soldiers are the criminals and killers and are accountable for the bloodshed in Iraq, not the hundreds of terrorists and throat slicers! That is a sick bunch!

And, you thought the Left could sink no lower!

Don’t forget that this is also the same group that admitted to donating $600,000 of cash and supplies to the “other side” in Fallujah, Iraq!