These Leftist professors have run into some bum luck.
Won’t you help them?

Life is not easy for a white indian. 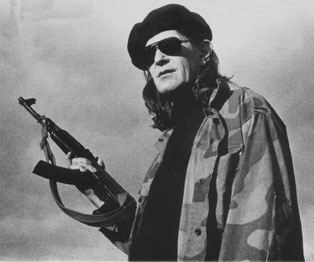 Ward Churchill is perhaps one of the most provocative thinkers around. A Creek and enrolled Keetoowah Band Cherokee (yeah, right!), Churchill is a longtime Native rights activist. He has been heavily involved in the American Indian Movement and the Leonard Peltier Defense Committee.

But, this little white indian had a rough time last week with investigators:

A University of Colorado investigative committee reviewing the writings of professor Ward Churchill has unanimously determined that he did commit serious academic misconduct, including several instances of plagiarism, falsification and fabrication, according to a report released Tuesday.

“The Committee found that Professor Churchill’s misconduct was deliberate and not a matter of an occasional careless error,” the report said. “The Committee has found repeated instances of his practice of fabricating details or ostensible written evidence to buttress his broader ideological arguments.”

Ward needs your help. Won’t you help him?
Won’t you?

Thanks to Condoleezza Rice, Steve Almond is without a job. 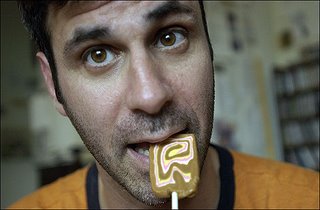 Steve Almond is the author of the story collections “The Evil B. B. Chow” and “My Life in Heavy Metal” and “Candy Freak”.

Steve Almond has a sense of humor:

But there wasn’t anything humorous about his letter of resignation in The Boston Globe last week: – a resignation he says came straight out of the University’s decision to invite Condoleezza Rice to speak at commencement.

“In the grand scheme of American sacrifices, this does not strike me as a monumental action,” said Almond about his resignation. “It basically came down to whether or not I can live with myself receiving a paycheck from a University that would set [Secretary Rice] up as a moral exemplar and bestow on her an honorary degree. And the answer is no.”

Some people are hoping that Steve will set a positive example for others to follow:

I would like to thank you for your recent resignation as an adjunct professor at BC. I am sure that many alumni, like myself, appreciate your decision because we can once again confidently contribute to the school’s development funds. It sickened me to think that my hard-earned dollars were being used to support professors with such ignorant beliefs. If you have such an issue with liars, it is a wonder you didn’t resign when Michael Moore spoke. This recent scene at Boston College, and the nationwide negative publicity, embarrasses me. I hope that you can inspire the hundreds of professors at my alma mater who share your opinions and may follow your lead and resign.

Steve is out of work.
Steve needs your help.
Won’t you help him?
Won’t you? 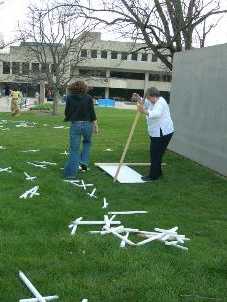 Sally Jacobsen loves her students. Even after she trashed a Right to Life display during a class break, and even after being canned, Sally wrote and encouraged her students, “If you are named, my advice is to get your attorney to plead you down to a misdemeanor.”

Sally Jacobsen ripped down a Right to Life display on campus and got fired:

Witnesses reported “a group of females of various ages” committing the vandalism about 5:30 p.m., said Dave Tobertge, administrative sergeant with the campus police.

Sally Jacobsen, a longtime professor in NKU’s literature and language department, said the display was dismantled by about nine students in one of her graduate-level classes.

“I did, outside of class during the break, invite students to express their freedom-of-speech rights to destroy the display if they wished to,” Jacobsen said.

Sally is without a job.

Now the Right to Life buggers are going to sue Sally.

Sally needs your help.
Won’t you help her?
Won’t you?