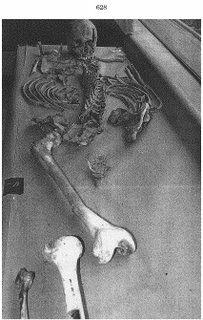 This, from an anonymous email, was the first indication that Representative Cynthia McKinney (D-GA) may have outdone herself in a committee meeting held on May 3, 2006:

Rep. McKinney just went loopy over an amendment she proposed on recruiter misconduct.

Ms. McKinney also had the gall to complain about assault committed by recruiters toward recruits as a problem…I believe I would have left that out of my speech…if I were her.

Oh – and don’t forget rape – those recruiters are RAPING otherwise hapless recruits that would not have signed up to serve absent the coercion and abuse (as if anyone who volunteers to serve must be either stupid or tricked)
Truly disgusting.

After having no luck finding the report, last night (Friday May 12, 2006) The Grapevine from Special Report aired this:

Representative Cynthia McKinney is once again raising questions about her behavior after she attached dozens of autopsy photos from Colombia to a House Armed Services Committee report on the defense authorization bill.

The Georgia Democrat inserted 24 pictures of the decaying remains of Jaime Gomez, chief of staff to a Colombian politician, who authorities say may or may not have been murdered last month. Along with the photos, McKinney writes that terrorist threats have been exploited to increase funding for “weapons of war, while denying the human suffering and needs that face us.”

So, a couple searches later and the House Armed Services Report H.R. 5122 was found.

Sure enough… Representative McKinney (D-GA) inserted several pages to the report including information on:

But, the most interesting additions to this House Armed Services Report were the dozens of pictures of the skeletal remains of Columbian Jaime Gomez: 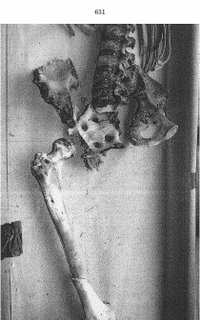 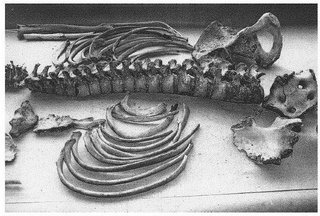 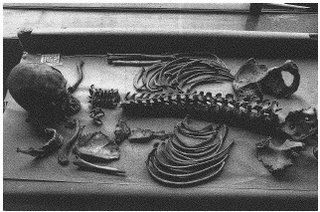 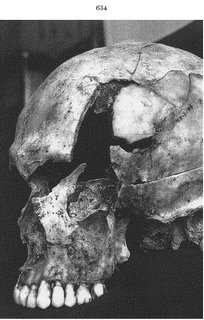 There are 14 pages of the skull of Jamie Gomez.

“Thank you, Representative McKinney. Is there anyone else?”