But, black gang members* viciously thrash, beat, stomp, and whip a white hotel worker (caught on film) in Las Vegas then go on a spree of violence for two nights and the media does not say boo about race.

It looks like one of the brutal thugs from the Duke lacrosse team was actually in a taxi cab at a fast food restaurant when he was supposed to be raping a drunk stripper who said that she lost her nails on his back even though there is no DNA evidence and the fake nails were not seen in pictures of her before she was brutally raped by an accused boy who was at the same time picking up a chili cheese dog at a fast food restaurant before heading back to his dorm.

One of the players, Reade Seligmann, has proof that includes cellphone records, a taxi driver’s account, an A.T.M. record and a time-coded dormitory entry card, that shows he was not even in the house during the alleged rape.

But, the prosecution is sticking with the story of the unidentified stripper, student, mother, at least until the local election is over.

The race baiters have promised to keep up the Sunday vigils at the home where a woman alleges she was raped, until justice is served. 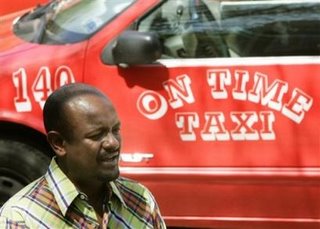 In Las Vegas, the police are insisting that “robbery was the primary motive” in the brutal Las Vegas gang attack caught on tape at 2:20 AM Saturday morning at the MGM Grand.

Judge for yourself. The “robbery” was caught on tape.
This was just one of several similar violent crimes committed this past week in Las Vagas,
VIDEO HERE 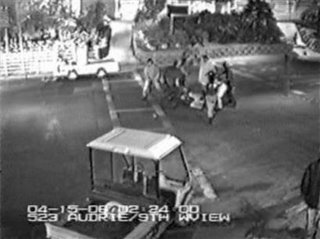 I guess in Las Vegas they beat the living snot out of you before they ask for your wallet. This is definitely not the town you want to be robbed in!

This was such a brutal robbery-stomping on an innocent hotel maintenance worker that he suffered a broken jaw and collarbone and was getting whipped with belts while others were stomping on his face. Robbery! Geesh, please, just take my wallet but leave my face!

And, the media is reporting that this is not gang related.
Huh?

MySpace photo of Daryle Williams and his mugshot. (KLAS)

Police made an arrest on Tuesday and are now wondering if this “group” was involved in several other attacks this past week:

Detectives also were investigating whether the group responsible for the 2:20 a.m. Saturday attack near the MGM Grand hotel-casino was responsible for an attack about 40 minutes later at an off-Strip motel, and for other recent group assaults on people in and around Las Vegas.

“We’re not sure at this point, but they could be related,” police Sgt. Chris Jones said.

Daryle Williams, 18, was being held at the Clark County jail pending an initial court appearance on charges of conspiracy to commit robbery and conspiracy to commit battery with substantial bodily harm in the 2:20 a.m. attack near an entrance to the resort parking garage.

On Williams’ MySpace website, it appears that he made a few changes this afternoon.

Originally it said that he had a “short temper” but his friends say that’s not the person they know.

Williams is a senior at Mojave High School.

So, is there a media double standard?

** La Shawn Barber has links to pictures of the accuser in the Duke rape case.