After his “cut and run” plan was rejected in November, on December 7, 2005, Representative John Murtha, the liberal Hawk, proposed moving (retreating) the “broken and worn out” US troops in Iraq to the hotbed of terrorist activity in Okinawa, Japan:

Now, my plan says redeploy to the periphery, to Kuwait, to Okinawa.

But, now it doesn’t look like this democratic plan is going to work out, either. 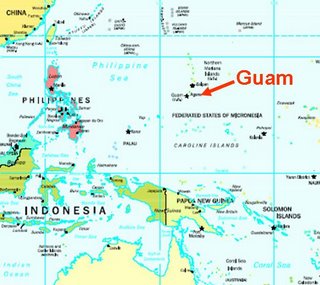 The US and Japan agreed to a plan on relocating 8,000 troops from Okinawa, Japan to Guam:

The United States and Japan have struck a bargain over a plan to realign U.S. forces in Japan, with Japan agreeing to pay $6 billion of the $10 billion cost, the Japanese defense chief said Sunday night.

Japanese Defense Minister Fukushiro Nukaga told reporters after his three-hour meeting with Defense Secretary Donald H. Rumsfeld that Japan wanted to have an appropriate sharing of costs in transfering 8,000 Marines from Okinawa to the Pacific island of Guam.

Nukaga said that both sides agreed that the Japan-U.S. alliance is important, not only for Japan but also for the region.

So far, Representative Murtha has not said if this shift in troops to Guam would alter his plan for fighting the Islamic terrorist. 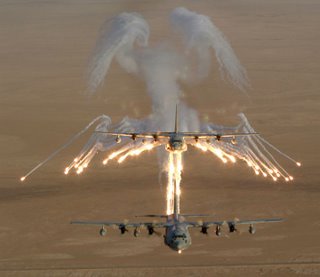 It looks like the Marines will be just fine in their new home.

Elsewhere, Stefania has news that Bulgaria has approved the go ahead for 3 US bases.

And, since we’re talking military here, Democracy Project has a great post on the MilBlog Conference this past weekend.