Here’s a question…
If this wasn’t a biolab, what the heck was it? Has anyone ever seen a truck laid out like this before? 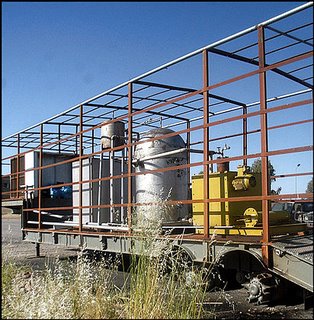 U.S. officials asserted that Iraq had biological weapons factories in trailers, even after a Pentagon mission found them unsuited for that role. (By Pfc. Joshua Hutcheson Via Associated Press)

The Scrutinator says to go Kon Tiki on them.

Meanwhile, the WaPo is clinging to its Anti-Bush propaganda.