** An Egyptian Copt has been arrested for munching on Danish cheese! **

Big Pharoah reported on this incredulous story earlier this week:

At first I didn’t believe the story especially that the link brought me to a partisan Coptic Christian website whose stories cannot be taken at face value. However, the website’s correspondent in Egypt interviewed the man’s family and posted the interview on the site.

The man, who owns a shop, was seen by neighbors while eating Danish cheese. They asked him why he’s not boycotting Denmark and he answered that he’s just not boycotting it. Later members of Egypt’s notorious National Security police arrived at his place and asked him to go with them. 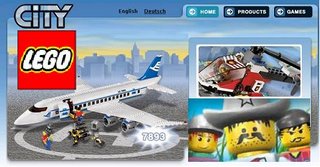 Free Copts has information about the man’s health:

Mokhles Tharwat was arrested by Egyptian state security agency two weeks ago and has been detained ever since.

Mr Mokhles suffers from heart disease. The conditions he faces in detainment, especially that he faces no official accusation, may be life threatening. A Muslim neighbor of Mr Mokhles is believed to be behind the arrest.

Big Pharoah also linked to an audio interview with the family (Not in English) HERE.

Solomonia is also carrying the story of the Copt’s arrest.

Copts have been discriminated against in the past in Egypt including the stabbing attack on a Coptic Nun in October, but this is the first reported arrest of a Copt for snacking on Danish cheese.

More Copt News:
Although there have been calls by a leading copt, Archimandrite Attallah Hanna, for Christians to join hands with Palestinians in carrying out “martyr operations” against the Israeli occupation forces, this has not yet occurred.