The highest authority in Sunni Islam, the Al-Azhar institution in Cairo, has just issued fatwas against any depiction of any prophet including Jesus! 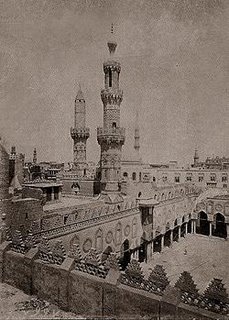 “Al-Azhar rejects the depiction of Jesus in a film because Christ is not only the prophet of the Christians but also present in Islam,” he said.

But the film’s producer, Mohammed Ashub, said it was not the business of Al-Azhar, which has not issued an official protest, to interfere in the making of the movie.

“Al-Azhar does not have the right to intervene in something which concerns the Christians, otherwise it would have to tear down the icons of Christ and the Virgin Mary from churches,” he said.

Ashub pointed out that several films on Jesus, including Mel Gibson’s ‘The Passion of The Christ’, had been screened in Egyptian cinemas without any objection.

“Christian dogma does not prohibit the depiction of Christ, so what gives Al-Azhar the right to intervene?” asked scriptwriter Fayez Ghali.

Freedom for Egyptians believes this is all about abusing the Copts who had planned this production for months.

Back in 2003, the Sunni Leaders at Al Azhar urged Muslims worldwide to declare jihad against the US invasion of Iraq.

Meanwhile, Sugiero notices the threatening words of another Muslim Leader in Pakistan.